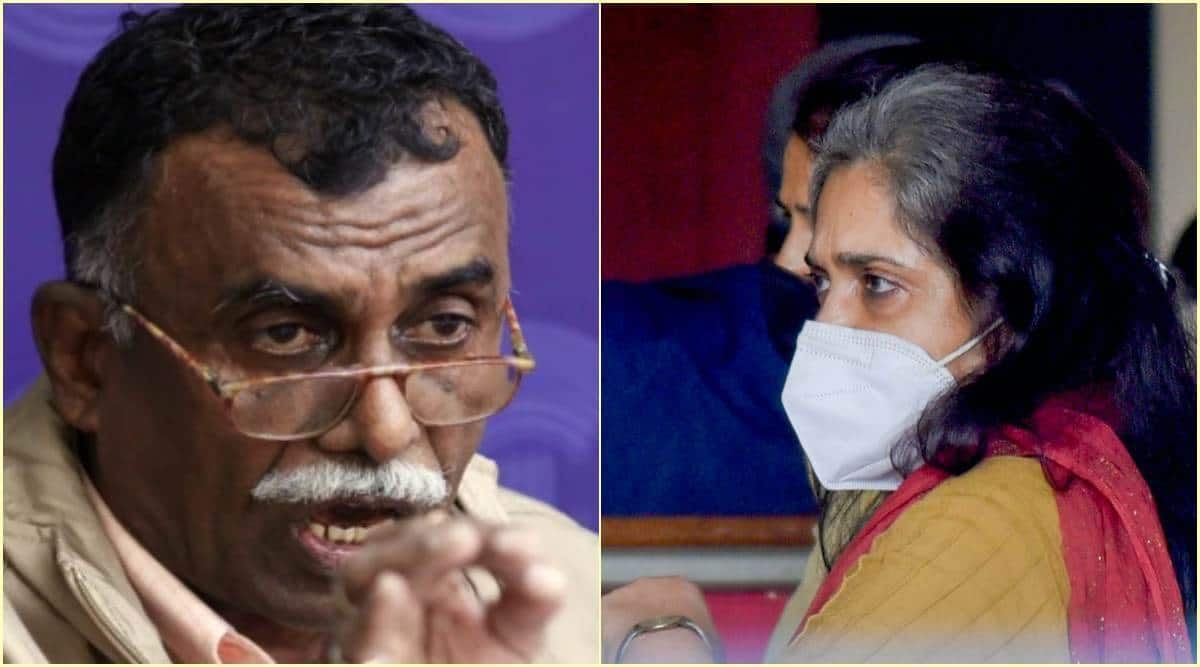 An Ahmedabad sessions court on Saturday rejected the bail applications of Mumbai-based activist Teesta Setalvad and retired Gujarat DGP RB Sreekumar in a case of conspiracy and fabrication of evidence related to the 2002 Gujarat riots, saying that releasing them on bail would “impliedly encourage to the wrongdoers that in spite of doing such type of accusations against the then CM and others, the court has lightly enlarged” the accused on bail.”

Setalvad and Sreekumar were arrested on June 25, a day after the Supreme Court in its verdict upheld the clean chit by the special investigation team (SIT) to then Gujarat chief minister Narendra Modi in the 2002 Gujarat riots, dismissing a petition by Zakia Jafri, wife of slain Congress MP Ahsan Jafri. Setalvad, Sreekumar and third co-accused former IPS officer Sanjiv Bhatt, who was arrested earlier this monthwere shown as witnesses in Jafri’s 2006 complaint.

The June 24 Supreme Court judgment had observed that those responsible for keeping “the pot boiling” over the past 16 years “need to be in the dock and proceeded with in accordance with law”.

Pronounced by the court of Additional Sessions Judge DD Thakkar on the day of his retirement and a few hours away from his farewell ceremony, the verdict concluded that, “In (the) case on hand, the applicants-accused (Setalvad and Sreekumar) have in conspiracy with others with a view to defame the then CM (Modi) and others made accusations against government that post-Godhra riots were sponsored by the (Gujarat) government and thereby defamed the state not only in country but in world also and with ulterior motive thereby obtained a personal goal and monetary benefit from one political faction as well as other countries…”.

The court said that it was important to note that in Zakia Jafri’s complaint dated June 8, 2006, she “was guided by both these applicants-accused and others”. “It is also important to note that in the complaint of Jafri, the present applicant Sreekumar, Sanjiv Bhatt and others were shown as witnesses in that complaint (June 8, 2006), therefore, if the applicants-accused are enlarged on bail then it would impliedly to the wrong does (sic, doers) that in spite of doing such type of accusations against the then CM and others, the court has lightly enlarged the accused on bail. Therefore, looking at the above facts and circumstance, even though the applicant is being a lady and another is retired IPS officer and aged person, they are not required to be enlarged on bail,” the court said.

The court further said that after carefully going through the statements of witnesses, it appears that Setalvad “has been provided monetary fund by the political faction with a view to highlight the incident as if it is motivated and organized by the (then) government, though same has not been motivated.”

Both Setalvad, Sreekumar and others “were actively involved in the conspiracy against the then CM and ministers, police officers as well as bureaucrat etc….”, the court noted. It also said that Setalvad “had tried to pressurise the media” and “had written a letter to amicus curiae”, which showed that “she is having nature to derail the investigation in the present case, if she is enlarged on bail”.

The Detection of Crime Branch (DCB) police station in Ahmedabad on June 25 had lodged the FIR against Sreekumar, Bhatt and Setalvad, based on extensive quotes from the Supreme Court verdict and its annexures, and mentioning the period of “occurrence of the offence” between January 1, 2002, and June 25, 2022.

The SIT formed under the DCB to investigate the case had submitted an affidavit before the sessions court opposing the bail pleas of Setalvad and Sreekumar. In an affidavit filed by the SIT, opposing Setalvad’s plea for bail, the SIT has submitted that her “political objective while enacting this larger conspiracy, was dismissal or destabilisation of the government in Gujarat by hook or by crook”, for which Setalvad had obtained “illegal financial and other benefits and rewards from the political party,” for implicating and prosecuting “various authorities and other innocent persons in the state of Gujarat including the then chief minister.”

The arguments in Setalvad and Sreekumar’s bail applications had concluded on July 21, following which the court had its verdict tentatively for July 26. The court reserved had deferred the pronouncement of the verdict to July 28 and then July 29, owing to voluminous record and the judge taking ill in the interim, ultimately pronouncing the verdict on Saturday.