Bollywood actors who are vocal about pay disparity: Deepika Padukone to Shah Rukh Khan and others 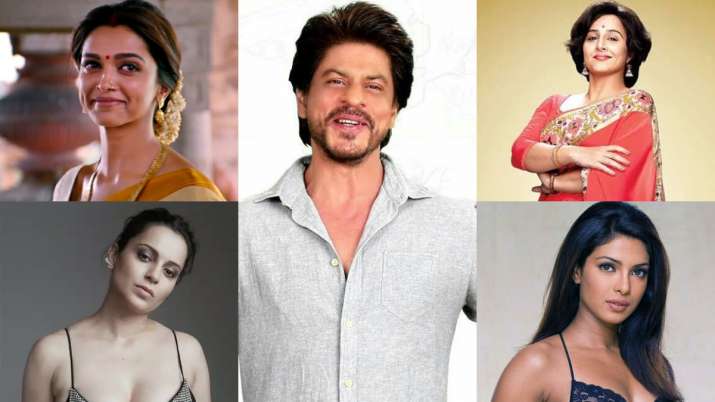 Bollywood actors are hardworking individuals. They try to give their best to the film and put their heart and soul to give the best performance. But, sometimes their work does not get enough value according to their worth and what they deserve. Lately, few actors have decided to come forward and discussed the issue of pay differences that they or their friends have had to face in the industry. Check out the list below.

One of the highest-paid actresses, Deepika Padukone knows her worth. According to reports, there has been a few times when she turned down a film because of the gender pay gap. She has been continuously raising her voice against the unequal payment that the females are offered even after working the same as their male counterparts. A Times of India report even quoted her saying, “I know my track record and what I’m worth. I don’t think I’ll be able to live with the thought knowing that I have been a part of a film, had the same creative contribution, or brought the same value to a film, but being underpaid.”

One of the bankable stars Shah Rukh Khan supports gender equality and believes that people should be paid based on one’s merit and not based on their gender. Not only this, he has been an active supporter of equal pay for both males and females. He was even the first actor who started to give his female actresses the first credit in the film and set an example in the year 2013 film, Chennai Express. In an interview with a daily, he was quoted saying, “There should be no disparity. A male actor and a female actor should get the same fees – why is it different, I don’t know. But I would also add that no actor – male or female – should overestimate their performance. No individual – be it director or actor – should burden the film’s expense by charging an amount that goes beyond the performance of the film’s opening weekend,”

Even though Priyanka Chopra has become an international star, the actress has revealed that she has also faced the problem of pay disparity in both Bollywood and Hollywood. She said that there is a huge pay gap between the actors and actresses. Once she revealed to Instyle Magazine, “I feel it every year, especially when you’re doing movies with really big actors, whether it’s conversation in India or America. If an actor is getting 100 bucks, the will start with max, like, 8 bucks. The gap is that staggering.” She believes that from the time audience will start watching female-oriented films, from that day there will be pay equality.

Actress Vidya Balan accepts that there is a pay disparity but women have to fight for their own to bridge the gap. The actress is known to give many hit female-centric films and had been raising her voice for equal pay in society. As per reports, Vidya had said, “We were always part of a male-dominated society. But, with films and TV, there seems to be a prominent shift now and perhaps it is going to be a female-dominated society.” She further said, “There is a huge pay disparity between males and females in Bollywood. But I’m sure with time, this gap would reduce. We will definitely fight to bridge this gap.”

Also Read: ‘Arrest Jubin Nautiyal’ trends on Twitter over singer’s US concert, know why netizens are trolling him

Also Read: Ranveer Singh confirms Sunny Kaushal and Sharvari’s relationship, says ‘they will go on a double date with…’

Tamannaah Bhatia on how she bonds with co-actor Kusha Kapila