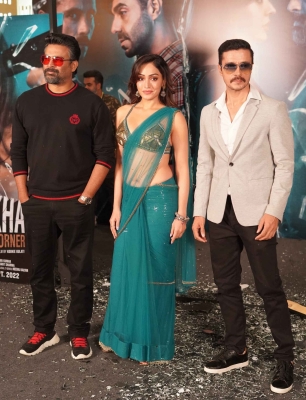 Mumbai– Darshan Kumaar, who’ll be seen with R. Madhavan and Aparshakti Khurana in the upcoming film ‘Dhokha – Round D Corner’ after being acclaimed for his role in ‘The Kashmir Files’, has said he was bowled over by its script. He re-read it, so impressed he was by its writing and storytelling.

When asked why he chose such a suspense drama script, Darshan said in a statement, “Usually I read each script only once and decide whether it resonates with me and if I will take it ahead. But, with Kookie sir’s script, I was stumped and intrigued by the story line.”

He added: “I re-read the script because it was simply amazing and interesting to learn the twists and turns as to what transpired in the lives of the characters. That in itself was the deciding factor for me going ahead with the movie.

“The audience must be ready to be blown away with twists and turns in this suspense drama and I can’t wait for them to see the mystery unfold.”

Mumbai– Bollywood actress Kajol’s first look from her upcoming digital debut series, the Indian adaptation of ‘The Good Wife’ titled ‘The Good Wife — Pyaar, Kanoon, Dhoka’ was unveiled on Thursday. The actress will play a lawyer.

Talking about playing a lawyer in the web series, Kajol, one of Bollywood’s most loved actresses, said in a statement, “I have been playing multiple characters throughout my acting journey, but the firsts are always special.”

The first look was released on the occasion of Disney+ Day.

Commenting on the upside of the medium of OTT, the actress said, “The beauty of OTT platforms is that they give creators and actors an opportunity to reinvent and experiment with different formats, and with Disney+ Hotstar’s ‘The Good Wife’, that’s exactly what I got.”

She added: “As a career first move, I will be playing a lawyer in my first-ever series, directed by the fabulous Suparn Verma.”

The original series, ‘The Good Wife’, was created by CBS Studios, in association with Scott Free Productions and King Size Productions.

The format rights are distributed globally by Paramount Global Content Distribution and it has been licensed in China, India, Japan, Latin America, Middle East, Russia, Turkey and Vietnam.

Directed by Suparn Verma of ‘The Family Man’ fame and produced by Banijay Asia, ‘The Good Wife — Pyaar, Kanoon, Dhoka’ will release soon on Disney+ Hotstar.

Mumbai– As Sargun Mehta returns to ‘The Kapil Sharma Show’ as a guest, the host gets busy pulling her leg and asking hilarious questions. 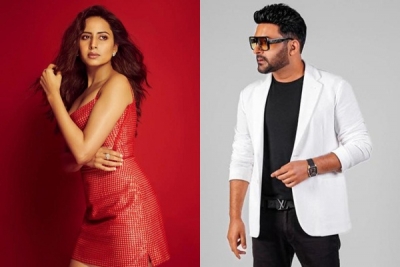 After all, they know each other well, having appeared together on ‘Comedy Circus Ke Ajoobe’ back in 2012 and later in ‘Comedy Nights with Kapil’ in 2014-15.

Kapil asks her is she tosses a coin before selecting a project, Sargun said she did just that when she appeared as a guest on ‘Comedy Circus’ in 2016.

Sargun says: “Even before doing ‘Comedy Circus’ I tossed a coin and post that I decided to do that season. I didn’t believe in anything back then. I didn’t even know how I would do comedy and I disgraced myself there.

“In fact, when people tell me that they are watching my episode, I think to myself, ‘Oh, my god! What am I doing?’ There are some episodes where Akshay sir was there and since the time the trailer came out, everyone is sending videos to me where I have become ‘Ranisa’.”

Akshay Kumar and Sargun appeared most recently in the Disney+ Hotstar film ‘Cuttputlli’. And Sargun she had even tossed a coin before deciding about doing ‘Cuttputtli’ as she was not sure if it would work for her or not.

“I don’t think too highly of myself,” Sargun says. “I had tossed a coin and removed chits too to decide if I should do ‘Cuttputli’ or not.”

Hearing Sargun, Kapil gets into a reminiscent mood and says: “Back when we used to do ‘Comedy Circus’ we all used to joke around and have a gala time. But after seeing Sargun do such serious work, OMG, I was started. She is doing such a fabulous job as an actor, I am so proud of you, my friend.”

Mumbai– The trailer of the upcoming film ‘Vikram Vedha’, which stars Saif Ali Khan and Hrithik Roshan in their titular roles, was released by the cast here on Thursday. 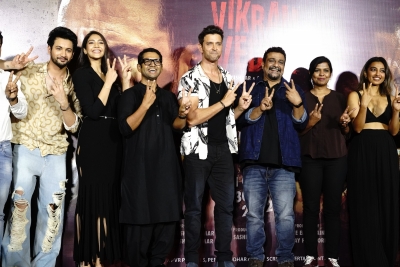 Giving a sneak peek of the story, the trailer makes for a compelling watch as it challenges the notion of what’s right and what’s wrong and highlights the gray area that human beings are known for.

The trailer opens with medium shots of Saif and Hrithik with different frame directions as Vijay Raaz spins magic with his voice-over. Its us to the characters and its introduce world before it spirals into a full-blown action spectacle with several high speed shots and cinematic gore for dramatic effect.

Hrithik, who plays the titular character of gangster Vedha, seamlessly gets into the skin of his character with body language, mannerisms and the diction. Saif on the other hand, looks amazing as the tough cop Vikram, who is in hot pursuit of Vedha.

The story unfolds a cat-and-mouse chase, where Vedha – a master storyteller helps Vikram peel back layers through a series of stories leading to thought-provoking moral ambiguities.

Presented by T-Series and Reliance Entertainment in association with Friday Filmworks and Jio Studios, ‘Vikram Vedha’ is a YNOT Studios Production. The film will hit the big screens globally on September 30.