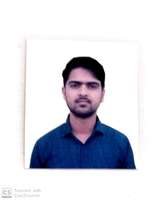 A fortnight back I had the opportunity to visit my hometown in Bihar. This happens to be the holy Hindu month of Savan. For the uninitiated, Savan (or monsoon) is the month where hordes of Shiva devotees in Uttar Pradesh, Bihar, Uttarakhand, etc. throng several shrines associated with the lord and offer their prayers. These devotees carry water from the Ganges, considered holy, to these shrines.

As it happens, many highways in these states are blocked for several days in order to ensure a safe and hassle-free passage to the Kanwariyas (as they are popularly referred to).

These highway blockages and the resultant halt in transportation activities and other businesses must have easily whisked crores of rupees off the government exchequer as well as private citizens. And this hasn’t ended yet.

But nobody was complaining. Many happily obliged, while others stood by helplessly (like the roadside meat shop owners). Everyone appeared to be facilitating the tedious task undertaken by a tide of Shaivites.

Apart from the enthusiastic volunteers, the state machinery, right from top to bottom, is dearly invested to make their journey joyous and comfortable.

Chief Ministers and officials were seen showering flower petals from helicopters hovering over the marching Kanwariyas, and washing feet and garlanding the saffron-clad devotees.

Everything you read above is in stark contrast to the reactions and actions that are meted out to the other religious minorities. The ‘new India’ abhors them and tosses their liberties instantly and slaps them with charges as grave as ‘promoting enmity between different groups on grounds of religion’.

Public worship is a widespread and uniformly accepted (or at least was so) social behaviour in India. So how can a religious prayer, unless there’s any unlawful intention, attract criminal liability?

The brazenly partisan attitude of the state is damning and is totally antithetical to the spirit of the Indian Constitution. From what this minority wears and eats, to who they worship, everything is being subjected to the whims and fancies of the religious fanatics. Their social conduct, lifestyle and liberties are being trampled upon by an overtly bigoted ecosystem, operating with both impunity and assistance from the state, all the while the judiciary remains indifferent.

With political marginalisation happening rapidly, the Muslims of India are losing political representation. Their issues no longer make the cut to be picked up, discussed, and voiced, even among the secular camps.

75 years ago, when the issue of political representation and the rights of Muslim minorities tore the country apart, those among the minorities who chose to stay back in India trusted and agreed to place their existence in the hands of the majority.

Independent India and the architects of its Constitution were mindful of the imperative need to recognise and respect the choices of the minorities. They were of the belief that a strong and united nation could be built only when all sections of society are treated equally and given equal opportunities to grow and practice their religion and culture.

Having seen neighbouring Sri Lanka engulfed in ethnic conflict for years, Pakistan breaking into two due to majoritarian imposition, the Indian republic and its commitment to the citizenry appears to have aged well.

But seven and a half decades since freedom, today, as the country celebrates Azadi ka Amrit Mahotsav, any talk of protection and guarding the rights of minorities attracts loud accusations of ‘appeasement’. Fear of electoral backlash and other forms of harassment (even from law enforcement agencies) allows discriminatory and violative acts to go unchallenged.

Such a high frequency of such atrocities coupled with abysmal political visibility, and the presence of hostile and opportunistic neighbours, the fear of large-scale alienation and its fallout looms large.

In spite of accommodating a large number of Muslims, as history stands testimony, India’s contribution to global jihad so far has been inconsequential. It is the promises that the constitution made to its minorities that must be credited with it.

However, with India’s politics taking an alarming turn, India must be reminded of what Ambedkar, during the Constituent Assembly Debate, said to “diehards who have developed a kind of fanaticism against minority protection”. He said, “Minorities are an explosive force which, if it erupts, can blow up the whole fabric of the state”.

India must climb down this volcano before it erupts.

Every 8 hours a daughter is giving voice to her loved ones for help from a foreign country… There are many more Mandeeps!