George Soros Just Bought These Stocks. Should You? 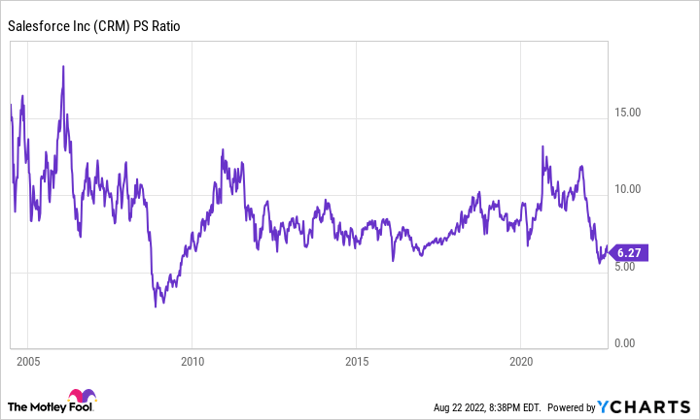 Securities and Exchange Commission rules dictate that investment funds that manage assets in excess of $100 million and include exchange-traded funds must disclose their holdings every quarter in something called a Form 13F. This report is intended to foster transparency about what various funds are doing, but it has the added benefit of allowing investors to see what top-level investors like Warren Buffett or George Soros, are doing with the capital they manage.

As for George Soros, his Soros Fund Management private firm manages a little over $5 billion in assets, and the fund’s largest holding is in electric vehicle maker Rivian (although he decreased his stake in the company by 10% this quarter). Today, however, we are going to focus on three stocks where Soros increased his position, as it could provide some insight into what might be good stocks to purchase now. Among the stocks he bought this quarter were Amazon (NASDAQ: AMZN), Alphabet (NASDAQ: GOOGL) (NASDAQ: GOOG)and Salesforce (NYSE: CRM).

Soros got his reputation as a contrarian investor. Basically, he does what everyone else isn’t doing because he believes the market isn’t accurately representing the true value of a company or commodity. If you believe that markets are rational and all information is known, then you’re in direct opposition to Soros’s beliefs. While he has famously made billions off of currency exchange trades, he also has significant investments in stocks. Although not every trade he has made has worked out, Soros’s track record is impressive enough (his Quantum Fund returned 30% annually from 1969 to 2000) that investors should pay attention to his moves.

Should investors follow Soros’ lead and buy these three stocks? Let’s find out what might have attracted this billionaire to pick these companies.

Amazon is Soros’ second-largest holding, as it now makes up 3.8% of his investment portfolio. In the second quarter, he increased his stake by 41%, so this wasn’t a small purchase. So what did he see in Amazon during Q2? Likely it was Amazon’s reduced stock price. Amazon’s stock was at its lowest price since the pandemic began, and Soros used that opportunity to increase his position.

The stock was on sale due to lackluster business performance, as Amazon has been free-cash-flow-negative (burning $23.5 billion in Q2 and $18.6 billion in Q1) since Q4 of 2021. Additionally, its international commerce revenue has been falling for a A few quarters, and both the North American and international retail segments are running at a negative operating margin.

On the other hand, Amazon Web Services (AWS) continues to be a shining light and is still growing at a greater-than-30% pace with a positive operating margin. I believe Soros used the weakness to increase his position because he believes in the long-term growth of cloud computing (AWS) and that the weakness in its e-commerce segment is temporary.

So far, he’s been right, with the stock about 20% since Q3 began rising — more than doubling the market’s performance over the same timeframe.

If you believe that Amazon and its e-commerce business can rebound, the stock can still be had at a near-30% discount to its all-time high.

During a recession, advertisement spending is often the first expense that businesses slash. The economic downturn so far in 2022 has led to fears of a spending decrease which has caused Alphabet’s stock to take a hit this year. Where others avoided the stock in fear, Soros saw a buying opportunity. While he only increased his position by 10%, it is still one of his top holdings, making up 2.06% of his portfolio.

During Q2, investors could purchase Alphabet’s stock for under 20 times earnings — a valuation seldom seen for the tech giant. The short-term pessimism the stock faced made it a great buying opportunity for long-term investors who could ride out the volatility.

Alphabet recently reported Q2 earnings, and the decrease in ad spending was realized, as revenue only grew 13% year over year during the quarter. Additionally, its earnings per share (EPS) dropped from $1.36 last year to $1.21 this year due to margin pressure and one-time expenses.

Still, its Google search segment experienced resilient 14% growth, reinforcing the notion that businesses must advertise on Alphabet’s platform regardless of how bad the economy gets.

Once the economy recovers, advertisement spending will return in force, and Alphabet will benefit significantly. This rebound is what George Soros is betting on, and anyone who purchases Alphabet’s stock is counting on it as well.

Of the three companies discussed today, Salesforce makes up the smallest position in Soros’ portfolio (1.84%). And yet, Soros increased his position in Salesforce by 138% during the quarter. That’s a lot of confidence.

The buys were likely due to Salesforce’s near-all-time low valuation.

The only other time Salesforce was cheaper was during the height of the Great Recession, and anyone who purchased the stock then has done quite well.

It’s not like the business is struggling, either; Its fiscal 2023 first quarter (which ended April 30) saw revenue growth of 24% with a healthy 47% free-cash-flow margin. Salesforce also issued strong guidance for its 2023 fiscal year, with revenue expected to grow about 20% year over year.

Those metrics don’t sound like a company trading at a valuation not experienced since 2009, but that’s where Salesforce is at the moment.

Luckily for investors, Salesforce has not rebounded nearly as much as Amazon or Alphabet in the past couple of months, and it still sits more than 40% off its all-time high.

Of the three, Salesforce seems like the best buy because it is well off its all-time high and trading well below its usual valuation. However, the other two are also excellent stocks and should be considered, even though they’ve experienced a rebound in the last month.

Regardless of what large-scale investors like Soros do, investors still need to do their due diligence on each company, as everyone has different investment goals. Blindly following one investor is a surefire way to experience hardship. But, checking in to see what funds are doing is a great way to generate ideas for potential stock picks.

10 stocks we like better than Amazon
When our award-winning analyst team has a stock tip, it can pay to listen. After all, the newsletter they have run for over a decade, Motley Fool Stock Advisorhas tripled the market.*

They just revealed what they believe are the ten best stocks for investors to buy right now… and Amazon wasn’t one of them! That’s right — they think these 10 stocks are even better buys.