In the failure of ‘Shamshera’, a warning and lesson for Bollywood 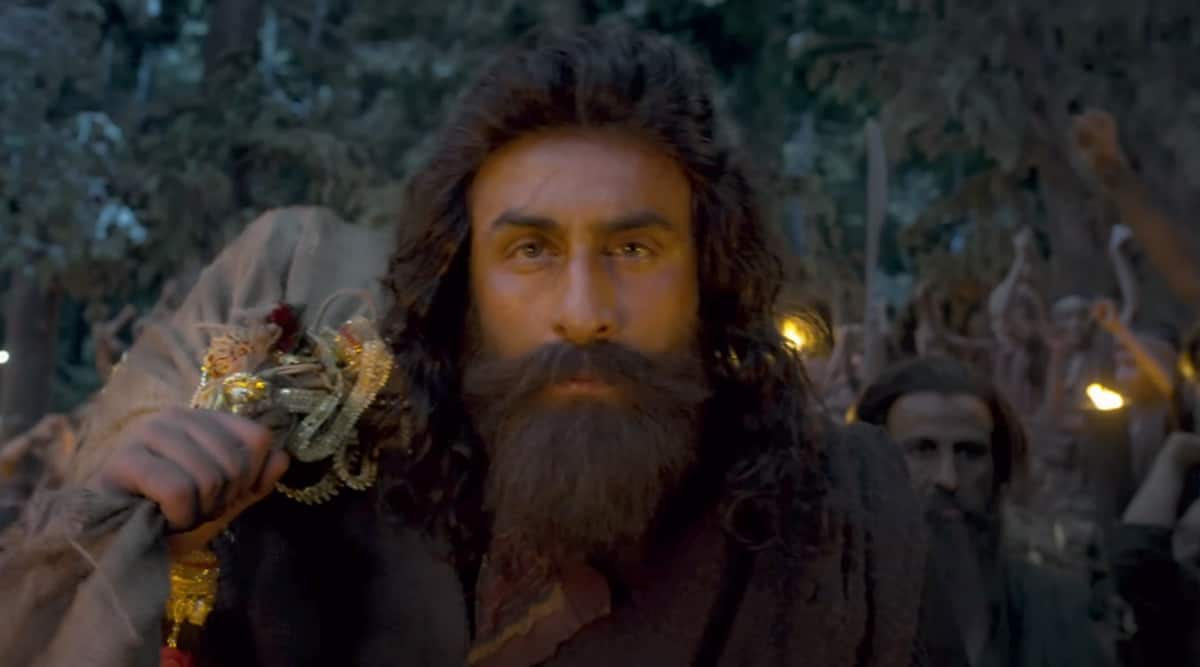 Ranbir Kapoor-starrer Shamshera is the latest entrant in a long list of recent Hindi films — including Samrat Prithviraj, Bachchhan Pandey, Dhaakad and Jayeshbhai Jordaar — that have fared poorly at the box office. This trend has led to several questions, and quite rightly so, in the mind of film viewers as well as makers. What is going wrong? The audience increasing disenchantment with mainstream, commercial Hindi cinema is a phenomenon that needs some probing.

While Hindi films aren’t doing too well, their counterparts from the South have managed to successfully capture popular imagination. This is a big moment in contemporary Indian film history and never have we witness this kind of success for Southern films that cross linguistic borders. Rajinikanth was perhaps the only exception, though his films too released only in certain pockets in non-Southern Indian states.

The box office collections of films such as Pushpa: The Rise, KGF: Chapter 2, and RRR in the Hindi cinema heartland are noteworthy. Recently, while traveling through rural West Bengal, I noticed Pushpa merchandise in village shops – featuring shirts and T-shirts actor Allu Arjun’s face. A little later, I came across a group of youngsters proudly displaying their Baahubali fare at the village junction. That too at a place where the only language spoken and heard is a dialect of Bangla. This was unimaginable even a decade ago and points to the significant penetration these films have been able to achieve. Digital technology and its spread have undeniably contributed to this reach. But this also brings into question our pre-conceived notes about Hindi cinema superstardom and fanbase.

Have those fans now moved to newer pastures? Are they tired of their favorite stars dishing out the same films repeatedly? Is this a warning of sorts that there are other avenues for wholesome entertainment beyond Hindi cinema which are now easily accessible and available?

These South Indian films are big-screen extravaganzas. The audience goes to watch these films expecting a spectacle. When Baahubali: The Beginning was released, some even compared it to James Cameron’s Avatar. The content of these films merits a separate discussion and a lot has been written and said about how regressive it can be. There is even talk about Ayan Mukherji’s upcoming Brahmastra, which will release this year after being delayed several times, mimicking the look and feel of these big Southern films. Will it fetch similar dividends? We must wait and watch but a template has certainly been created.

This indicates a bigger problem, however: The lack of originality or creative thinking. Is the Hindi mainstream industry so hard-pressed for content that they must rely upon a formula from the South? Some of the other big box office successes of Hindi cinema like the highly problematic Kabir Singh are also remakes of Southern films. Telugu superstar Vijay Deverakonda, the lead in Arjun Reddy on which Kabir Singh was based, is now being launched by Karan Johar in the upcoming Hindi film Liger, perhaps also to encash on the star’s huge fan base in the South.

On another note, during the pandemic, viewers discovered contemporary Malayalam cinema through OTT platforms. These films are now the cornerstone of several film discourses. They have been able to create a wonderful balance between commerce and content, something in which mainstream Hindi cinema has largely failed. Films like Malik, Bheeshma Parvam, Dear Friend, Kurup, Salute, Minnal Murali are not non-mainstream. Successful Malayalam stars like Tovino Thomas and Fahadh Faasil not only have interesting filmographies to showcase but have also backed similarly exciting film projects as producers. Instead of following trends, they are creating trends themselves. The freshness of these films in terms of the stories they choose to tell and the characters they showcase make them distinct. Access to such cinema through OTT platforms has also revealed to viewers that good cinema doesn’t necessarily require massive budgets and could be made with limited means. Why should they settle for any less when there are better films available in the comfort of their home? After all, watching good cinema is the best exposure for a film viewer.

The Kerala film industry is minuscule in comparison to Hindi, Tamil or Telugu film ecosystems. Contemporary Hindi cinema has no similar trajectory to show. Even its actors-turned-producers back conventional subjects, thereby regurgitating time-tested formulae.

South Indian cinema is not a homogenous category. The combination of big spectacular films alongside content-driven cinema is, however, a model that many would aspire to but few manage to achieve. Does the spate of recent rejections in Hindi filmdom indicate that audiences need better content? It’s still too premature to make that claim but will films mimicking those from the South offer a respite? Anurag Kashyap recently said that Hindi films are performing poorly because they are being made by people who don’t speak Hindi themselves and are, therefore, not rooted in their culture. But that’s just a part of the problem. Hindi cinema needs better vision, ideas, scripts and a will to reform by looking beyond pyaar, ishq, mohabbat and nafrat.