IND vs PAK LIVE Streaming break all viewership records, becomes MOST Watched Match Ever on DITIGAL: Check OUT 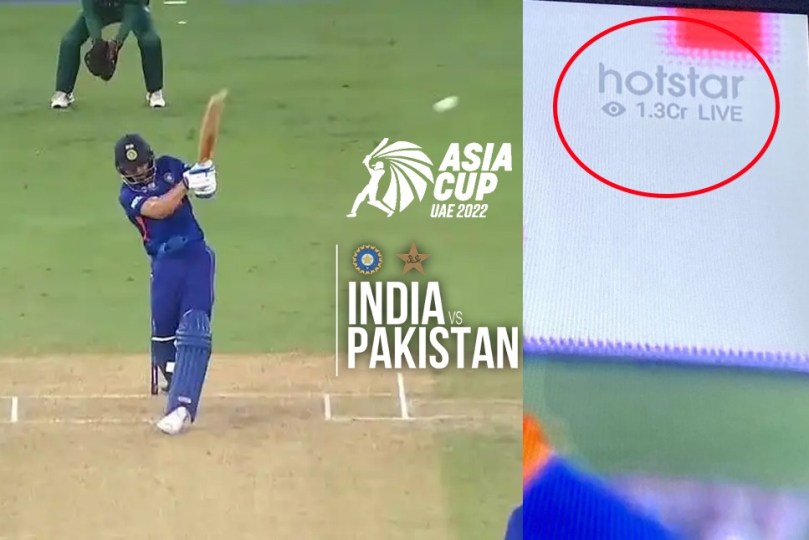 This has made ASIA CUP game on Sunday as the most watched India-Pakistan game ever on DITIGAL Platforms.

The Asia Cup game of the two teams has broken the second highest viewership record on Disney+Hotstar.

The over the top (OTT) platform had hit a record viewership of 12 million in the 12th edition of IPL (2019) during the match between Royal Challengers Bangalore and Mumbai Indians which was later broken by the final match of the same season with 18 million viewership.

It is no surprise that the biggest game of the tournament won’t draw a huge viewership. The entire world lay waiting for this iconic mega clash between the two arch-rival teams. In India, the Live Streaming rights of the Asia Cup 2022 have been allotted to Disney+Hotstar. The Live Streaming Platform had more than 10 million active viewers during the match.

Daraz cricket app which is known for live streaming Asia Cup and most importantly the India vs Pakistan match in Pakistan witness an excess of 13 Million viewers on their application. Such has been the craze of the game that these two streaming platforms in two countries will witness such high user activity.

The match had a nail-biting finish and was ultimately decided on the last lover. Hardik Pandya with a clinical all-round performance finished the game in style by the ball out of the park as India opened their Asia Cup 2022 journey with a win. Set to bat first, the Pakistan side was bowled out for 147.

In reply, India had a shaky start. KL Rahul was dismissed for a golden duck. Virat Kohli on his 100th T20I scored 35 runs and the star duo of Kohli and Rohit Sharma was then dismissed back-to-back. Ravindra Jadeja then built a good partnership with Suryakumar Yadav. After the dismissal of the latter, Hardik Pandya played a fine knock of 33 runs from 17 deliveries to win the clash for India.