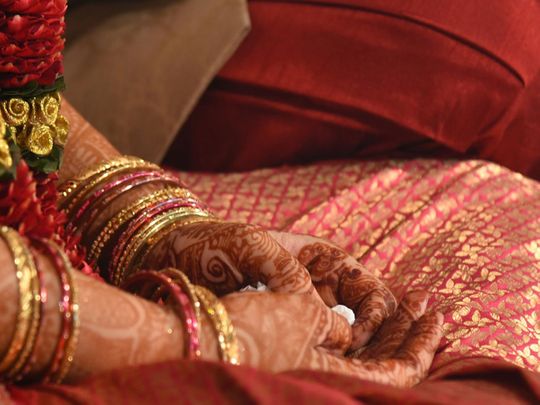 “How can I marry him? If his family is behaving this way in front of my whole family, how will they behave when I will be alone with them at their place?” asked Iram.

Soon after the girl announced her decision, her family members broke the groom’s car, thrashed his relatives and held them hostage for some time.

The police reached the spot and brought the situation under control.

An FIR was filed and the woman’s uncle has been admitted to a hospital where his condition is said to be stable.

Senior sub-inspector Ravindra Palawat of the Kharkhoda police station told reporters that the video footage of the ceremony is being investigated to identify those who opened the fire.

“An FIR has been filed against the groom, Shahzad, his brother Pappu and Sanu under section 307 (attempt to murder). If the bullet was fired from a licensed weapon, a report of the cancellation of the arms license will be sent,” he added.

There have been innumerable incidents of celebratory firing during weddings, but the bride has rarely taken a stand and canceled her wedding on these grounds. This could, perhaps, be the first incident of its kind where the bride has taken such a step.