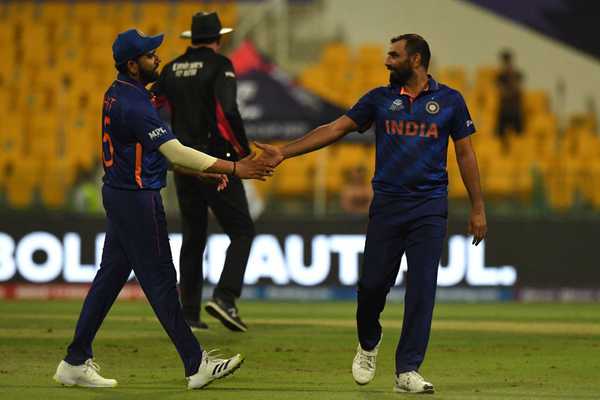 With Jasprit Bumrah out of the equation for the World Cup, a couple of scenarios have opened up for a replacement and neither may be an ideal one. Theoretically, it should have been Mohammed Shami, who was among the four standbys that the national selectors had announced for the October-November showpiece event in Australia but doubts have emerged over his readiness since.

That the decision wasn’t straightforward is further evident from the Board of Control for Cricket in India (BCCI) release announcing Bumrah’s unavailability for the World Cup. “The BCCI will be naming a replacement for Jasprit Bumrah in the squad for the marquee tournament soon,” a BCCI statement said on Monday (October 3). In another scenario, Shami would have been an automatic replacement.

He may still be drafted but only after he proves his fitness, it is understood. Mohammed Siraj is the other alternative before the national selectors and the team management. Siraj, by the way, is in the T20I squad for the series against South Africa as a replacement for Bumrah.

Shami was initially ruled out of the South Africa Twenty20 International series due to Covid but was expected to be included in the squad for the three ODIs against the Proteas. His name did not figure in the 16-member squad.

On his part, Shami has put out a video of him bowling in a practice session but it is learned that he may have to undergo a fitness test before being considered for a World Cup berth. Cricbuzz understands that both the national selectors and the team management wanted him to play a match before being included in the World Cup squad. It will be interesting to see how the situation pans out but there is the likelihood of the spot being a toss-up between Shami and Siraj.

Meanwhile, there was some confusion among Indian cricket authorities whether to wait longer for Bumrah or move on. It is learned that a section of Indian cricket wanted to wait on him for further scans but eventually, a different decision was made.

Meanwhile, the team management has released Virat Kohli and KL Rahul from the 3rd T20I against South Africa, to be played Tuesday in Indore. With the series won, the team management understandably wants to give chances to the benched players. After Tuesday’s game, the team will immediately leave for Australia on Thursday morning. The squad will be accompanied by Kuldeep Sen, Umran Malik and R Sai Kishore as net bowlers.

IND-W U19 vs NZ-W U19 Dream11 Team Prediction: Indian Women U-19 B team vs New Zealand women U-19 team Check Captain, Vice-Captain, and Probable...