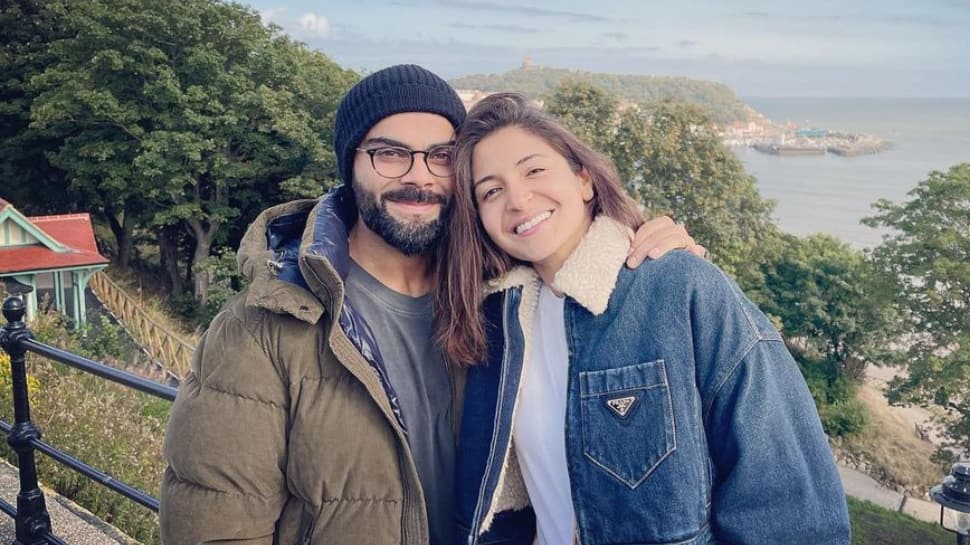 Asia Cup 2022 went well for Virat Kohli, who finished as the second most run-getter in the tournament, with a century to his name as well. The tournament did not go well for Team India as they departed from UAE earlier than expected, failing to make it to the final. But the early exit gave time for cricketers to spend some more days with their families before they reached Mohali to play 3 T20Is vs Australia followed by limited-overs series vs South Africa.

Kohli too took time to travel to London where is wife and bollywood actor Anushka Sharma is shooting for her film Chakda Xpress, which is a biopic on Indian cricketer Jhulan Goswami. Anushka is in London with her daughter Vamika, to shoot at the iconic Lord’s stadium. She is playing Jhulan in the biopic.

The former Indian captain spent some days with his family before he came back to India to join Team India at Mohali where the first of the three T20Is vs Australia is supposed to be played.

Anushka started missing her husband as soon as he left and posted a recent picture of the couple on her Instagram an wrote a lovely caption too. Kohli reacted on it by posting two heart emojis and and an infinity sign in between, as if saying their love is immortal and knows no boundary.

Anushka’s caption read: “The world seems brighter, exciting, more fun and overall just much better in places as beautiful as these or even when cooped up in a hotel bio-bubble with this person #MissingHubby too much post.”

Virat barely has time in his hands now to meet Anushka. India play Australia, South Africa in back to back T20I series before they board the flight to Australia to take part in the T20 World Cup 2022.