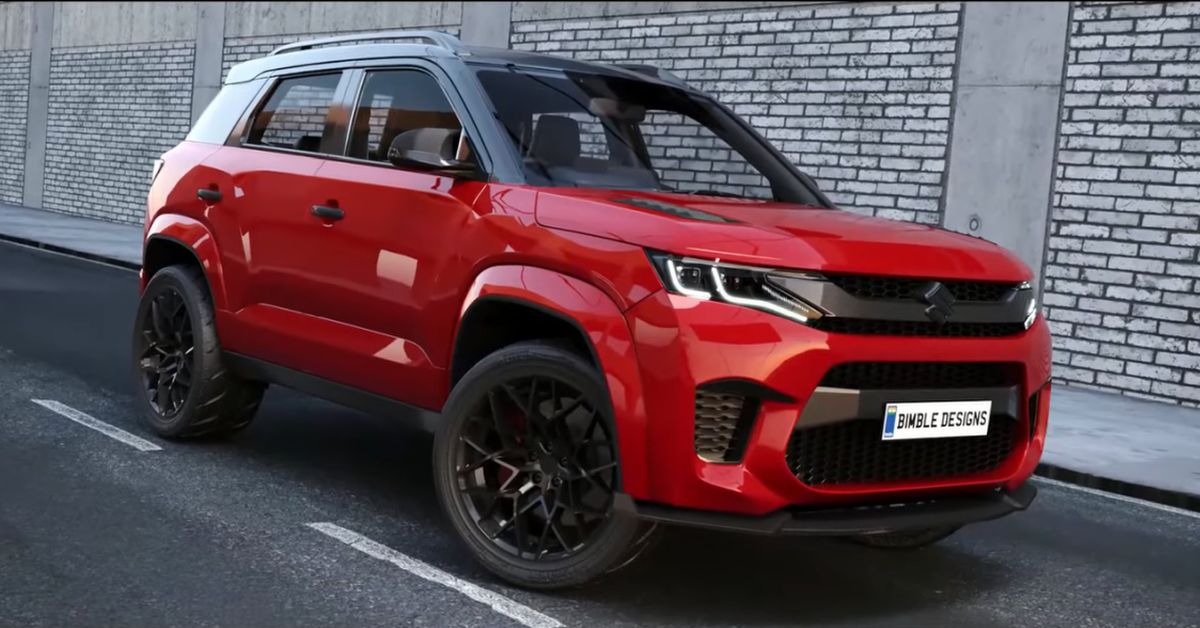 Maruti Suzuki launched the all-new Brezza in the market recently. The sub-4 meter compact SUV competes with cars like Hyundai Venue, Nissan Magnite, Renault Kiger, Tata Nexon. Mahindra XUV300 in the segment. Maruti Brezza is still one of the most popular SUV in this segment. While many find, the new Brezza attractive, there are a section of customers who are not that happy with it. It definitely offers a lot more in terms of features and a detailed review about the all-new Brezza is available on our website. Here we have a render video that shows how 2022 Maruti Brezza would look with exterior modifications.

The video has been uploaded by Bimble Designs on their YouTube channel. In this video, the render artist shows how the Brezza would look like with minor exterior modifications. The artist made minor exterior changes to give the Brezza a much more premium and sporty appeal. Starting with the front, the grille has been redesigned. The chrome accents on the grille has been removed and mesh grille is installed. The headlamp design remains the same and it comes with LED turn indicators and twin LED DRLs.

The bumper has been made a lot more muscular. the LED fog lamps have been removed and it gets a faux air vent with honey comb design and gloss black elements in it. The lower grille on the SUV remains wide as before. The thick black cladding that is normally seen on the lower part of the bumper has all been finished in body colour. There is a gloss black lower bumper lip on the rendered version. The body coloured claddings on the wheel arches give the SUV a much more muscular look.

Even the top-end version of the Maruti Brezza gets 16 inch alloy wheels but, it unfortunately looks too small on the SUV. The artist has resolved this issue by simply replacing the stock wheels with large gloss black alloy wheels. Bigger wheels completely changed the overall stance of the Brezza. The combination of Red and Black on the SUV looks a lot more interesting on this SUV. There are a couple of scoops or bonnet vents that get carbon fiber finish. The pillars and roofs have been finished in black and so are the door handles and the ORVMs.

As we move to the rear, the stock tail lamps have also been modified. The split LED tail lamps now come with a different looking lights in it. It looks a lot more premium than the stock version. The artist also did a matte gray version of the SUV with same modifications. The same can be seen in the video. Both the renders were looking bold and were giving the Brezza a much more premium look. Artist likes to call his version of Brezza as Brezza-X. Maruti is offering a long list of features with the new Brezza. It gets, HUD, 360 degree camera, new touchscreen infotainment system, electric sunroof, layered dashboard, cruise control, mild hybrid system and so on. It is powered by a 1.5 liter naturally aspirated engine which is available with a 5-speed manual and a 6-speed automatic transmission.