Pakistan Before And After Floods 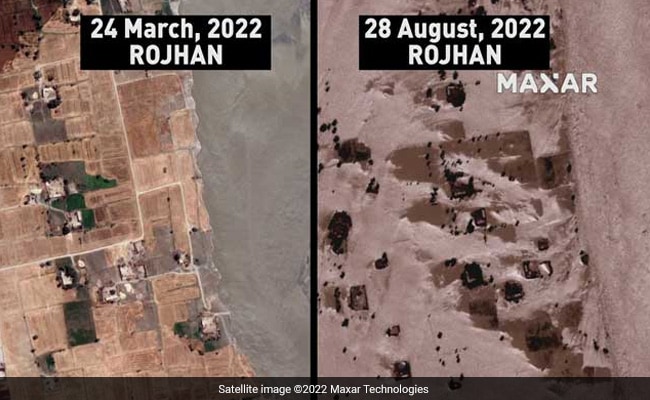 The images show some of the flooding near the city of Rojhan from today and before the floods.

Tens of millions of people in Pakistan are affected by relentless rains that have submerged a third of the country and claimed more than a thousand lives. The rains that began in June have washed away swathes of crops and damaged hundreds of homes and businesses.

Satellite images accessed by NDTV reveal the extent of damage caused by the worst flooding in more than a decade. 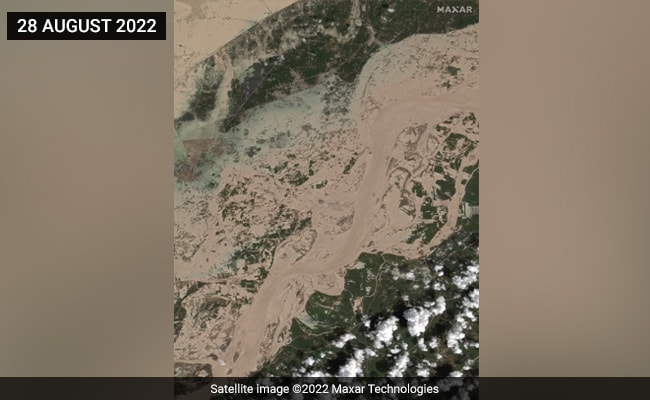 An overview of flooding along Indus river (high res: here).

The images show some of the flooding near the city of Rojhan from today and a comparison of the same area with an image taken earlier this year (March 24).

Authorities and charities are struggling to accelerate aid delivery to more than 33 million people, a challenging task in areas cut off because many roads and bridges have been critically damaged.

A village is seen before the floods and after being surrounded by the flood water.

In the country’s south and west, many Pakistanis have crammed onto elevated highways and railroad tracks to escape the flooded plains.

A closer view of homes and fields before and during the flooding.

Fields and homes along Indus river, before and during the floods.

The disaster could not have come at a worse time for Pakistan, where the economy is in free fall. The government has declared an emergency appealing for international help, .

The United Nations launched a formal $160 million appeal on Tuesday to fund emergency aid. “Pakistan is awash in suffering. The Pakistani people are facing a monsoon on steroids — the relentless impact of epochal levels of rain and flooding,” UN Secretary-General Antonio Guterres said in a video statement, calling it a “colossal crisis”.

Pakistan receives heavy rains during the monsoon season but such intense downpours have not been seen in years.

Is Xi Jinping under house arrest and there’s a military coup in China! Check reality here