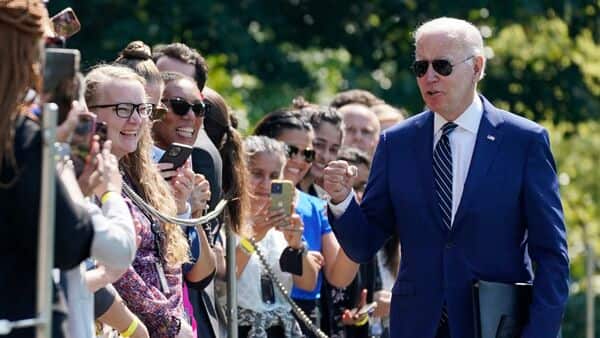 In a huge relief to America’s indebted university graduates, US President Biden on Wednesday said that he is canceling up to $10,000 in student loan debt for Americans earning $125,000 or less per year and extending a pause on payments for all borrowers until 31 December, capping months of anticipation over a campaign promise to provide economic relief to lakhs of people.

Taking to Twitter, Prez Biden said his government would forgive $20,000 in student loan debt for borrowers who went to college on Pell Grants, and would forgive $10,000 for those who did not receive Pell Grants.

Those who make less than $125,000 a year are expected to qualify for the plan. People who borrowed through most federal student loan programs are expected to be eligible, while those who have private loans issued by banks or schools probably won’t be.

“In keeping with my campaign promise, my Administration is announcing a plan to give working and middle class families breathing room as they prepare to resume federal student loan payments in January 2023,” Prez Biden tweeted.

Biden will detail his plans in a speech at 2:15 pm Washington time from the White House. “I’ll have more details this afternoon,” he wrote.

In keeping with my campaign promise, my Administration is announcing a plan to give working and middle class families breathing room as they prepare to resume federal student loan payments in January 2023.

The $10,000 per borrower student debt forgiveness – paired with $125,000 income cap – is in line with a level the US President has been weighing for a few months now.

However, it falls short of the amount that advocates have sought. Progressive lawmakers — including Senator Elizabeth Warren — civil rights groups and labor leaders pressured the Biden administration to forgive higher debt-loads, arguing they are disproportionately carried by Black or lower-income students.

Still, progressives view the forgiveness of $20,000 for Pell grant recipients as a major win.

“With the flick of a pen, President Biden has taken a giant step forward in addressing the student debt crisis by canceling significant amounts of student debt for millions of borrowers,” Warren and Senate Majority Leader Chuck Schumer said in a joint statement.

What Biden is expected to discuss in his speech

In his speech outlining the student-debt relief, the US President will likely discuss ways to make the student loan system more manageable for current and future borrowers by cutting monthly payments in half for undergraduate loans.

The US administration argues all of these moves will help lower-income people, with 90% of the relief going to borrowers who earn less than $75,000 a year.

The latest repayment pause would be the final one that Biden backs, meaning payments that had been on hold for nearly two-and-a-half years would resume in January. One more extension until will allow time to process loan balances and reboot a system that has been on hiatus, a Bloomberg report stated.

It’s the seventh extension of the freeze since the Covid-19 pandemic began in March 2020, and would take the pause beyond the November midterm elections, in which Democrats are hoping to stave off a loss of their slim House and Senate majorities. The latest pause in loan repayments is set to expire Aug. 31. Support from young skins could help boost Democrats’ showing.