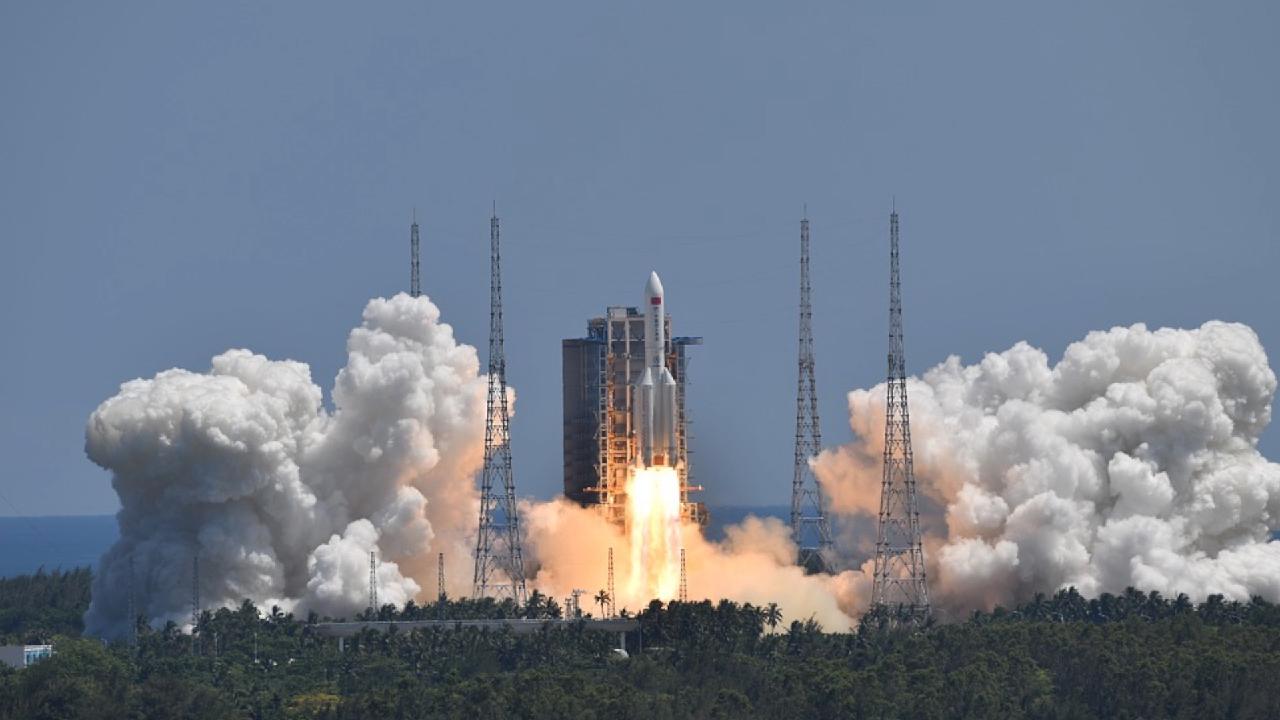 The Wentian, which means “quest for the heavens,” will form the second part of China’s three-module space station.

On July 17, the Tianzhou-3 cargo craft undocked from the space station combination, leaving the front docking port of the Tianhe core module for the Wentian lab module.

About the Wentian lab module

The Wentian lab module will provide a bigger platform for scientific experiments in space. It is mainly for space life science research. The module is equipped with laboratory cabinets for life ecology, biotechnology and variable gravity science.

The small robotic arm will have similar missions to its predecessor, including assisting astronauts during extravehicular activities and carrying out inspections of extravehicular conditions.

The Wentian module also has the same astronaut living facilities as the Tianhe core module, including three sleeping areas, a toilet and a kitchen.

The Mengtian lab module, the final component of the space station, will be launched in October.

Nearly 100 experiments are planned during the construction phase of the space station, said Lin Xiqiang, deputy director of China Manned Space Agency, at a press conference before the launch of the Shenzhou-14 crewed mission in June.

He said large-scale scientific research will be carried out after the operation is normalized. The research is expected to effectively promote scientific breakthroughs in major frontier fields, such as dark matter and dark energy, galaxy formation and evolution, the laws of nature and the sustainable development of the Earth.

China’s space station will be expanded from the foundational core module into a basic T-shaped three-module structure by the end of this year, with the core module in the center and the two lab modules, Wentian and Mengtian, on each side of it .