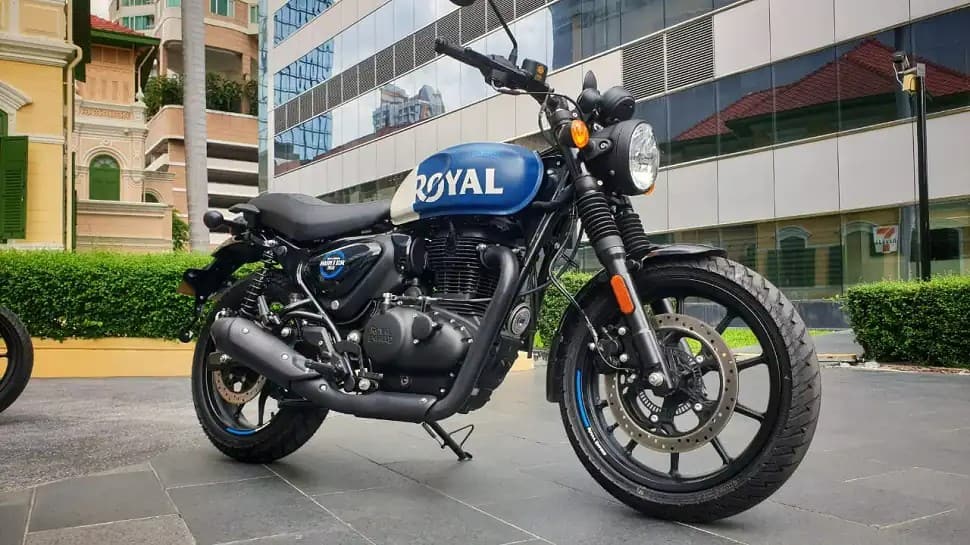 Royal Enfield Hunter 350 LIVE Launch Updates: After numerous spy shots, leaked pictures, and details, the Royal Enfield Hunter 350 has launched in India at a price of Rs 1.50 lakh (ex-showroom). The bike has been one of the most anticipated bikes in the Indian market as it brings something new to the table. More specifically, the bike brings the signature style of its manufacturer along with new details. It is to be noted that even though the bike has been launched today but the unveiling of the bike came as a black swan putting out all of its details. Now the company only has to reveal the variant-wise pricing of the bike.

Despite having the same 350 cc engine as the Bullet and Classic, the new Royal Enfield Hunter 350 sports a different body style that leans more toward the brand’s sportier side than its touring DNA. Additionally, the bike’s round headlamps indicators, and lengthy single-piece seat have a throwback feel to them. In contrast to previous motorcycles from the firm, the bike’s size appears to be smaller.