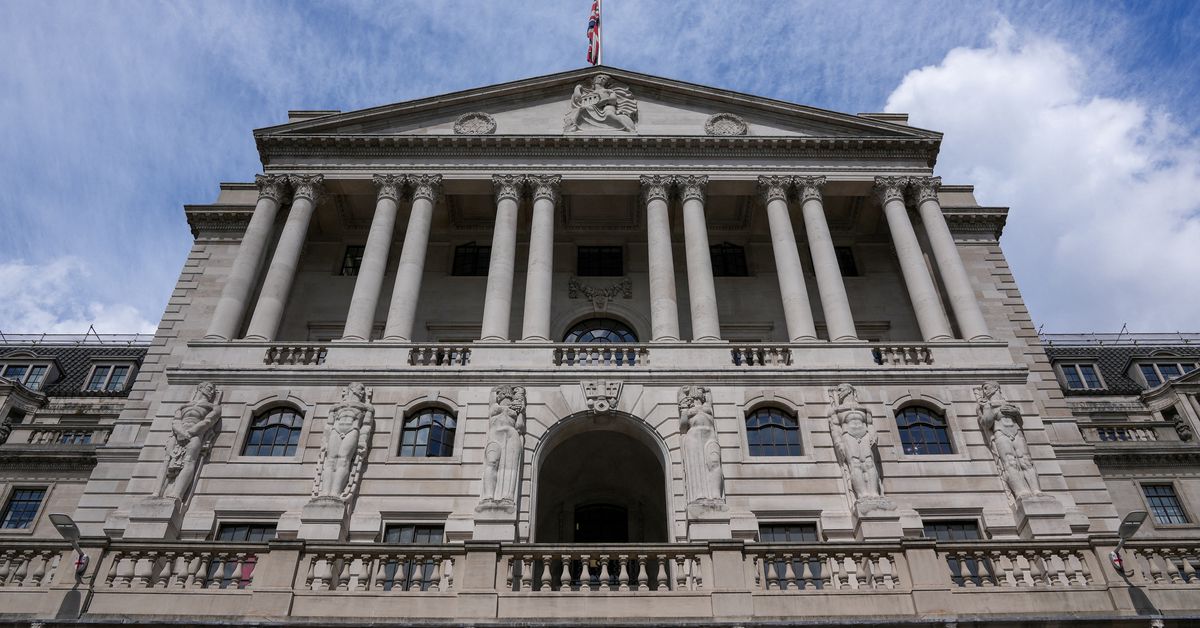 LONDON, Sept 28 (Reuters) – Global equities pulled off two-year lows on Wednesday, after the Bank of England said it would step into the bond market to stem a damaging rise in borrowing costs, thereby dampening investors fears of contagion across the financial system.

The BoE said it would temporarily buy long-dated bonds – linked most closely to workers’ pensions and home loans – in light of a surge in 30-year bond yields above 5%, their highest since 2002.

Sterling, which hit record lows against the dollar on Monday, whipsawed in volatile trade, while gilt prices roared higher, fueled by the central bank’s commitment to postpone a planned sale aimed at reducing the bonds it bought during the depths of the pandemic.

Investors have been rattled in the last week in particular by soaring bond yields, as central bankers have raced to raise interest rates to contain red-hot inflation before it tips the global economy into recession.

The dollar, the ultimate safe-haven in times of market turmoil, rose to its highest in the two decades, spurred on yields on the benchmark 10-year Treasury topping 4.0% for the first time since 2010.

The pound briefly fell by as much as 1% after the BoE’s announcement, while UK stocks cut losses, which in turn helped the broader European equity market edge further out of the red.

“The surge in bonds threatens the housing market and broader yield. But the BoE still has to raise the policy rate,” Kenneth Broux, Societe Generale currency strategist, said.

“You also have the contagion element. The IMF and the US Treasury waded in yesterday in fear of global contagion from gilts to other markets,” he said.

The International Monetary Fund (IMF) and ratings agency Moody’s criticizing Britain’s new economic strategy announced on Friday, which has sparked a collapse in the value of British assets.

The MSCI All-World index was last down 0.5%, having pulled off a session trough that marked its lowest since November 2020. It is heading for a 9% drop in September – its biggest monthly decline since March 2020’s 13% fall.

European government bonds got a lift from the surge in the value of UK gilts.

“The Bank of England is restoring some calm to the markets. Finally there is a central bank that is moving in the right direction. Italy’s BPTs and German Bunds have recovered and equities are above lows as well,” said Carlo Franchini, head of institutional clients at Banca Ifigest in Milan.

At the heart of this week’s sell-off across global markets was the British government’s so-called “mini-budget” last week that announced a raft of tax cuts and little in the way of detail as to how those would be funded.

Gilt prices have plunged and the pound has hit record lows as a result.

Strategists at Amundi, Europe’s largest asset manager, said earlier on Wednesday that they believed UK assets were in for more losses, as the UK’s fiscal credibility remained on the line.

“We believe risks remain tilted to the downside – given how much is already priced-in, less aggressive signaling from the BoE will accelerate the move to below parity, in our view,” strategists led by Laurent Crosnier, global head of FX, wrote .

“Therefore, despite this strong movement, we believe investors should avoid catching a falling knife and resist the temptation to jump into the GBP, as we still don’t see the light at the end of the tunnel with regard to the currency’s descent,” they said.

The safe-haven dollar has been a major beneficiary from the rout in sterling, rising to a fresh 20-year peak of 114,780 against a basket of currencies.