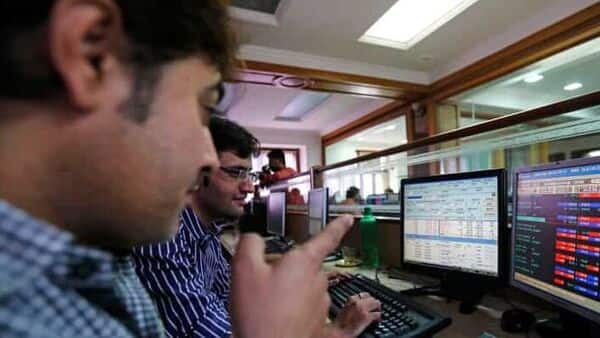 Tech Mahindra: IT services firm Tech Mahindra on Monday reported a consolidated net profit of ₹1,132 crore for the quarter ended June 30, 2022, as compared to ₹1,353.20 crore in the corresponding period of the last year, recording a year-on-year decline of 16.4%. On a sequential basis, the company’s profit slumped by 24.8%. The company’s total revenue for the quarter stood at ₹12,708 crore in the first quarter of the current financial year, which is 24.6% higher year on year.

Axis Bank: Axis Bank on Monday reported a 86% jump in its consolidated June quarter net at ₹4,380.59 crore, helped by a steep fall in the amount set aside for bad loans. On a standalone basis, the third largest private sector lender will witness a 91% increase in net profit at ₹4,125.26 crore. Its core net interest income grew 21% to ₹9,384 crore on the back of a 14% growth in advances.

Tata Steel: Tata Steel Limited on Monday reported a consolidated net profit of ₹7,765 crore for the first quarter of the current financial year as compared to ₹8,907 crore recorded in the corresponding period of the last year, recording a year-on-year decline of 12.8%. On a sequential basis, the company’s profit after tax registered a decline of 20.4%. During the January-March 2022 quarter, Tata Steel’s profit stood at ₹9,756 crore.

Jindal Stainless: Jindal Stainless Limited (JSL) on Monday reported about an 8% increase in its consolidated net profit to ₹329.37 crore in the April-June quarter on higher income. The company had a net profit of ₹305.84 crore in the same period of 2021-22, JSL said in a regulatory filing. Its total income rose to ₹5,490.91 crore, about% up compared to ₹4,042.32 crore in the year-ago period.

GlaxoSmithKline: GlaxoSmithKline Pharmaceuticals on Monday said its consolidated net profit increased by 8% to ₹116 crore in the first quarter ended on June 30, 2022. The drug firm had reported a net profit of ₹107 crore in the April-June quarter of the previous year. Revenue from operations rose to ₹745 crore as against ₹718 crore in the year-ago period.

Coffee Day Enterprises: Coffee Day Enterprises Ltd (CDEL) on Monday said it has asked its subsidiaries and one joint venture firm to file suit against MACEL for recovery of dues. In July 2020, an investigation revealed that Mysore Amalgamated Coffee Estates Limited (MACEL) owes ₹3,535 crore to the subsidiaries of CDEL. The investigations had revealed that ₹3,535 crore was siphoned off from the company by late founder VG Siddhartha’s personal firm MACEL.

Reliance: The 5G spectrum auction will begin on Tuesday with four players including Reliance Jio set to bid for 72 GHz of radiowaves worth ₹4.3 lakh crore on offer. The bidding process is scheduled to start on Tuesday from 10 am and go on till 6 pm. The number of days of the auction will depend on the actual demand for radiowaves and the strategy of individual bidders, sources in the Department of Telecom said.

Bajaj Finserv: Bajaj Finserv board of directors will on Thursday consider the proposal for a stock split of the company’s equity shares. Through the stock split, a company increases its number of outstanding shares while reducing the price of each share without affecting the firm’s overall market capitalisation. The proposal will be taken for approval by the board of directors for sub-division of equity shares of the company of face value of ₹5 each on July 28, 2022.

LIC: Life Insurance Corporation on Monday said it has reduced shareholding in Sun Pharmaceuticals by selling 2% stake in the company for about ₹3,882 crore. The shares were sold through open market transactions during the period from May 17, 2021, to July 22, 2022, according to a regulatory filing.