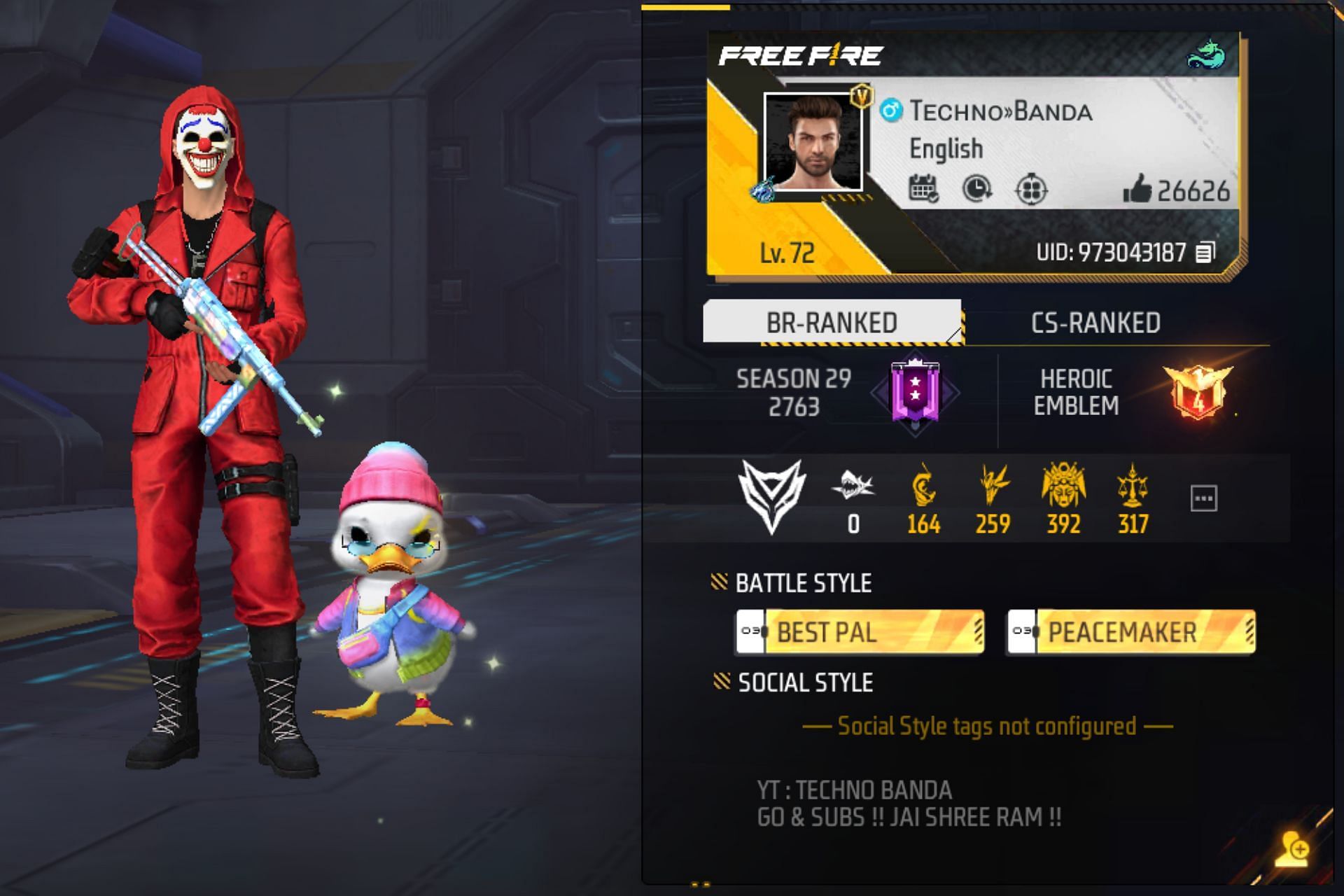 Events are a regular feature in Free Fire MAX, and several content creators like Aayush Tiwari (popularly known as Techno Banda) create content that keeps players updated about the latest challenges and rewards in the game.

Apart from events, Techno Banda regularly posts short videos on the channel where he can be seen playing the battle royale title. The Indian YouTuber already has over 1.6 million subscribers. In addition to his following on YouTube, Aayush also commands 108k followers on his Instagram handle.

Techno Banda’s Free Fire MAX ID is 973043187. The popular player has achieved Diamond 2 in the BR-Ranked season, and Heroic in the CS ranked season.

His stats in the game are as follows:

He has featured in 26 squad games and has bettered the opposition eight times to chalk up a win rate of 30.76%. The YouTuber has notched 72 kills with 32 headshots, maintaining a K/D ratio of 4 and a headshot rate of 44.44%.

Apart from this, Techno Banda is yet to participate in any solo or duo matches in the current Free Fire MAX-ranked season.

Note: Techno Gaming Banda’s Free Fire MAX stats were recorded on 2 September 2022. This is subject to change as he features in more matches in the battle royale title.

According to Social Blade, the YouTuber’s monthly income is within the range of $224 to $3.6K. The earnings for the entire year are projected to be between $2.7K and $43K.

Aayush Tiwari launched his new YouTube channel a few years ago and has regularly created videos focusing on Free Fire. He has uploaded over 500 videos, which have collectively garnered 98.8 million views.