Video Shows Cops In US Thrash Suspect While Arresting Him, Suspended 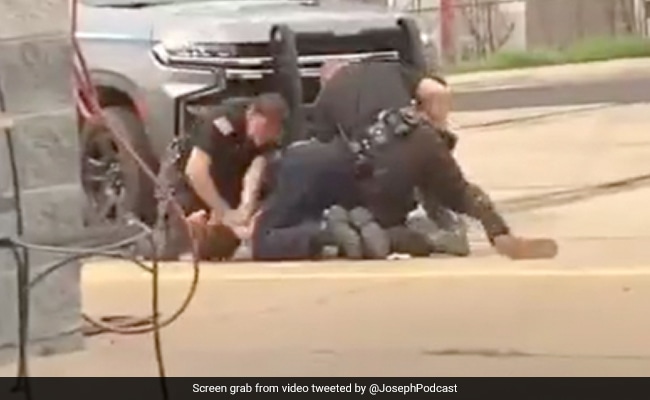 The sheriff’s office has requested the state police to investigate the incident.

Three police officers in the United States were suspended on Sunday after a video of them beating a suspect under arrest went viral on social media.

According to USA Today, the incident took place in Crawford County in Arkansas. The video shows three law enforcement officers on top of a man under arrest punching him in the head and kneeing him several times. The clip also shows one of the officers pointing at the person taping the video, ordering her to stop recording the incident.

@4029news this was in Mulberry… pic.twitter.com/QHwrIeUfKw

Following a social media outrage, Crawford County Sheriff Jimmy Damante issued a statement, informing that two of the officer involved in the incident are deputies with the Crawford County Sheriff’s Office, while the third is an officer with the Mulberry Police Department. The three cops have been suspended and the sheriff’s office has also requested the state police to investigate.

“I hold all my employees accountable for their actions and will take appropriate measures in this matter,” Mr Damante said in a Facebook post.

Separately, Mulberry Police Chief Shannon Gregory said that the officer involved in the incident is on leave the pending outcome of the probe. “The city of Mulberry and the Mulberry police department takes these investigations very seriously,” Ms Gregory said as per USA Today.

Asa Hutchinson, Governor of Arkansas, also commented on the incident. Taking to Twitterhe said that the incident will be investigated pursuant to the video evidence.

Citing a local media outlet, the New York Post reported that the officers were responding to a report of a man making threats to an employee of a convenience store Sunday morning. The suspect, identified as Randall Worcester, allegedly spat at the worker and threatened to “cut off their face”.

The police department said that the officers began a “calm and civil” conversation with Mr Worcester, however, he allegedly began to attack one of the deputies, which led the officers to restrain him and apparently beat him as shown in the video.

Following the incident, Mr Worcester was reportedly taken to an area hospital for examination and treatment, then he was later booked at the Crawford County Jail in Van Buren, Arkansas.

Further, the officials informed that once the investigation is complete, the Crawford County prosecuting attorney will determine whether the use of force by the police officers was consistent with Arkansas laws.