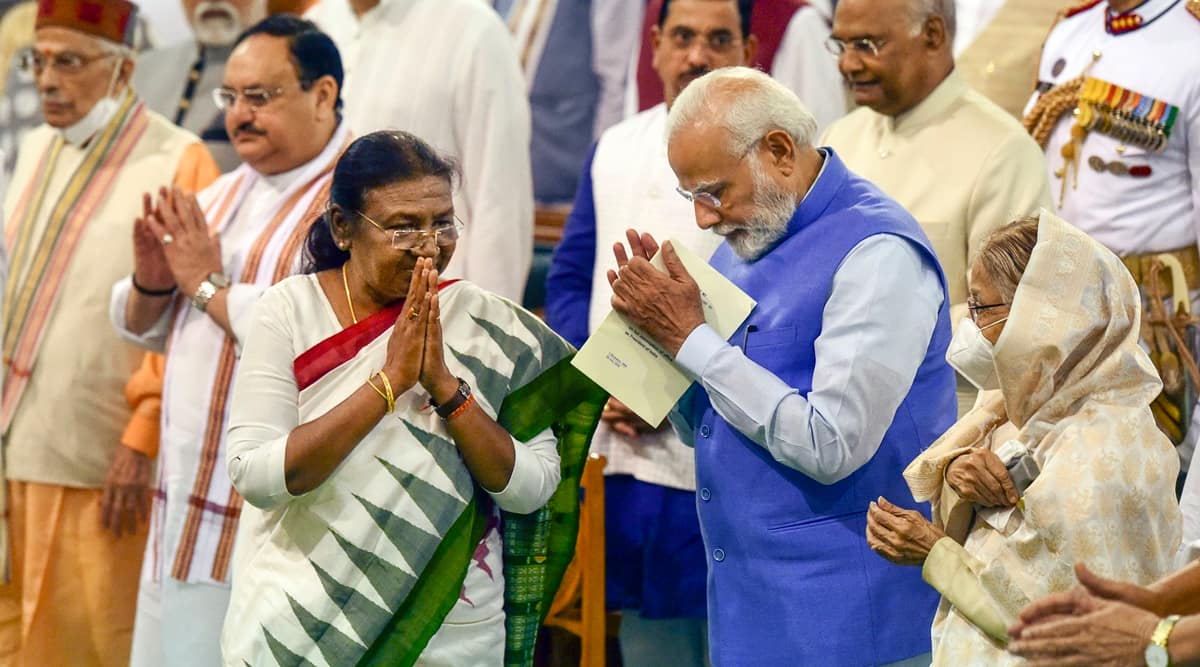 BJD supremo and Odisha Chief Minister Naveen Patnaik on Sunday along with his party MPs met Droupadi Murmu here and congratulated her on winning the election.

Murmu hails from Odisha and was also a minister in the BJD-BJP alliance government in the state. Patnaik congratulated Murmu on her thumping victory in the presidential election and wished her all the best, BJD MP Sasmit Patra, who accompanied him, said.

Murmu also conveyed her thanks to Patnaik for extending support to her candidature.

Describing her as the daughter of Odisha, Patnaik said Murmu’s win in the election was a very proud moment for everyone in the state, the chief minister said Wishing Murmu the very best for her tenure ahead, Patnaik termed her journey from a beginning to becoming the first citizen of the country inspiring and a shining example of women potential. — PTI

“Recently, the polls for electing the President concluded. Droupadi Murmu was elected as the country’s new President with a huge majority. It is obvious that only one of the two candidates fighting the presidential polls will win but for Droupadi Murmu to attain the post of the President and for Smt Droupadi Murmu to become Her Excellency Droupadi Murmu, it is nothing but a historic event in the last 75 years,” Shah said, addressing an event organized by Gujarat Police at Gandhinagar on Saturday.

“For the first time after independence, a woman from a tribal community – that too among the most backward of tribes, Santhal – became the country’s first citizen. It is a very big victory for the country’s democracy,” Shah said.