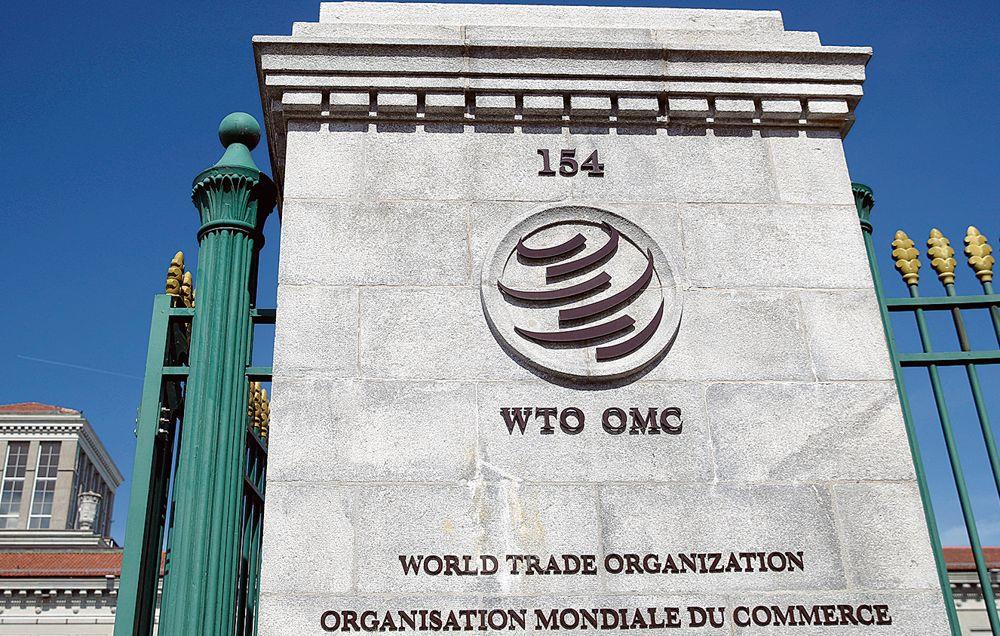 Finance Minister Nirmala Sitharaman put herself in a tight spot when she wanted the World Trade Organization (WTO) to bend its rules a bit to allow India to sell foodgrains from its public stocks — procured by the government at the Minimum Support Price (MSP) — to other countries on a government-to-government basis. This move was meant to tackle the wheat shortages that have arisen because of the Russia-Ukraine war and the Western economic sanctions imposed on Russia. She has been making this point for quite some time now, and she made it again at the G-20 finance ministers’ conference at Bali earlier this month. But the issue remained unaddressed because the finance ministers of the developed countries were interested in allowing subsidized foodgrains to be traded in global grain markets. The FM was talking in terms of humanitarian assistance at a time of foodgrain shortages in some of the West Asian and African countries.

But there are problems, and the FM and her aides are aware of it. As the Union Commerce Minister in the early days of the Modi government’s first term, Sitharaman took a firm stance that the WTO restrictions on public stocks of foodgrains should be removed, and India had refused to sign the Trade Facilitation Facility Agreement (TFAF) agreement to shift to electronic systems in international trade. She then took the firm, principled stand that India cannot sacrifice the food security of its people and the interests of its farmers. It was a fight for the right cause.

But the question does arise as to why the Indian government wants to export foodgrains from the public stocks. Soon after the outbreak of the Russia-Ukraine war, India wanted to export wheat to Egypt, but soon there was an about-turn and the exports were banned. The government’s explanation was that it was done keeping in mind the exigencies of the domestic market. It is a fact that the Central and state governments procure about 30 per cent of the total production of foodgrains. For example, wheat production in 2020-21 was 1,064.10 lakh metric tons (MT), of which the government procured 389.92 lakh MT; the rest was with private traders. Ideally, wheat exports should be made from the stocks with private traders, and the government need not rush in to plug the breach.

But it would be necessary to know what the total wheat consumption in India is. The total consumption figures are not very clear, but it looks like that much of the wheat produced in India is consumed at home, and there is very little left for exports. In 2020-21, the wheat exports were about 20 lakh MT. And the expectation in 2022 is that it will go up to 70-80 lakh MT. And here is the twist. Most of the wheat consumption is based on purchases from the private wheat trade, and the surplus wheat stocks are with the government. The strategic reserve for wheat requirement, according to the revised 2017 figure is 30 lakh MT. And it is estimated that India has 1,000 lakh MT of wheat in its granaries.

There is a distortion in the market. The government procures wheat so that in case of shortages, it can step in. And it also can through its market intervention hold the wheat prices as well. The government should not be sitting on wheat stocks which are lying idle. They should be in the market, and depending on domestic consumption, the remaining supplies should find their way to markets abroad. The wheat production in the country it turns out meets the demand at home and nothing more. If there is the prospect of exports, perhaps the farmers and the traders will be incentivized to get the extra wheat into the market. There will be a lot of unevenness in the process, and it will sort itself out. But the government should not be procuring more than what is necessary, and then look for opportunities to export them.

There is, of course, pressure from the farmers for the government to procure more so that they are assured of selling their product. And the government will be procuring more to help the farmers. But the wheat market will remain in an undeveloped state. The government’s plans to help farmers set up their own marketing cooperatives to deal with the market demand, at home and abroad, look quite nebulous. First, more wheat must be produced than is consumed at home, so that the surplus can be exported. And there will be a chain of farmers and grain traders. If big corporates were to enter the grain market, then the farmer will remain at a disadvantage though he will get a marginally higher price than he would get from the small trader.

These are issues that have not entered the public sphere because the government wants to put a grand plan in place and ask others to follow it. The plans must evolve from the farmers and traders, and government regulation should be minimal. It must ensure that none of the players is cheated of his or her due. The government can play an advisory role in identifying export markets, but the business must be carried out by the traders and the farmers themselves.

The Indian demand that the WTO loosen its tight norms of exporting public stocks procured at subsidized rates looks a short-term plan. The Indian sector has largely remained in the private domain, excepting the procurement of one-third of the total agriculture produce by the Central and state governments. Instead of fertiliser and power subsidies, farmers need a robust banking network which can provide them financial support to take risks. Agriculture is commercially viable, and it should have the means to remain viable. Monsoon vagaries cannot be used to frighten the farmers. And the boom-bust cycles must be provided for through initiatives such as the crop insurance scheme. According to the 2022 Food and Agriculture Organization (FAO) biannual report on food markets, the global food consumption is growing due to an increase in population, though there is a decline in the use of cereals as feed and for industrial purposes. The demand for food is not going down, and that is good news for farmers anywhere.

2 stocks to turn ex-dividend next week: Do you own any?